Smithfield is proud to be a sponsor of Stewart-Haas Racing and we’re thrilled to see Aric Almirola in the No. 10 Smithfield Ford Mustang. 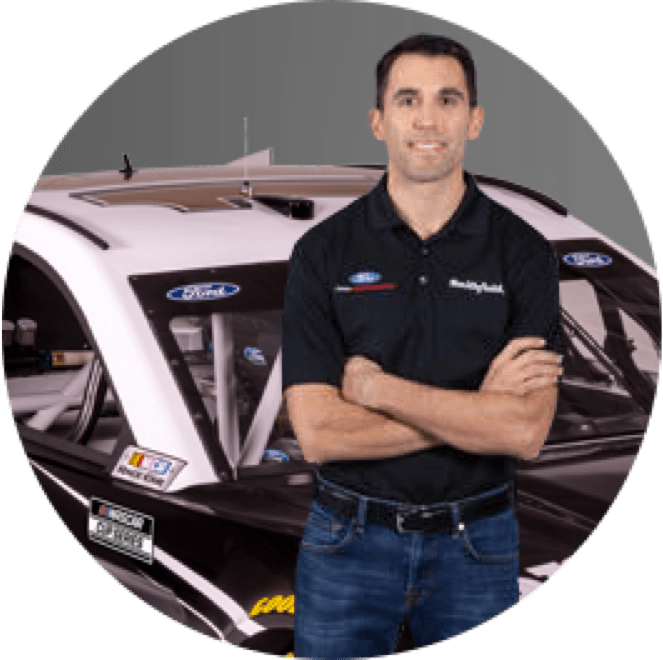 Aric Almirola’s career has come full circle at Stewart-Haas Racing (SHR) with the driver of the No. 10 Smithfield Ford Mustang enjoying the best years of his NASCAR Cup Series career.

A Florida native, of Cuban descent, Almirola made his first foray into NASCAR competition in 2004 behind the wheel of a LTE-model stock car. He made his first NASCAR Cup Series Start in 2007 and immediately began to climb the ranks over the next few years, competing in all three of NASCAR’s premier series.

Almirola has made the NASCAR Playoffs every season since arriving at SHR in 2018. In fact, in his first year with the organization, Almirola finished a career-best fifth in the championship standings as a member of the 16-driver NASCAR Playoffs and advanced to the Round of 8 for the first time. He won his second career NASCAR Cup Series race Oct. 14 at Talladega (Ala.) Superspeedway as part of a season-long tally that included four top-five and 17 top-10 finishes and 181 laps led, surpassing all of his previous single-season statistics.

Matching those numbers in 2019 proved difficult, but Almirola continued to perform. He scored his second career NASCAR Cup Series pole – and first with SHR – Feb. 22 at Atlanta Motor Speedway. The pole symbolized Almirola’s strength in qualifying, where his 10.5 average starting spot was his best in eight full seasons.

In terms of top-fives, top-10s and laps led, 2020 was a career year for Almirola. His six top-fives, 18 top-10s and 305 laps led were all season bests, and each significantly bettered his previous yearlong highs from 2018.

In the 2021 season, Almirola has experienced a rollercoaster of a year, ultimately proving to have one of his most successful seasons in his 12-year career. Almirola kicked off the season by winning the Duel at Daytona qualifying race to start on the second row of the Daytona 500. With a string of bad luck in between, Almirola won the NASCAR All-Star Open on June 13 to advance to the NASCAR All-Star race. That following weekend, Almirola showed the speed the No. 10 team had by earning the inaugural pole position at Nashville (Tenn.) Superspeedway before earning a fourth-place finish. The momentum continued just five weeks later when Almirola led 25 laps at New Hampshire Motor Speedway in Loudon before crossing the finish line first to solidify his spot in the NASCAR Playoffs for a fourth consecutive year. He went on to miss the Round of 12 by just four points. 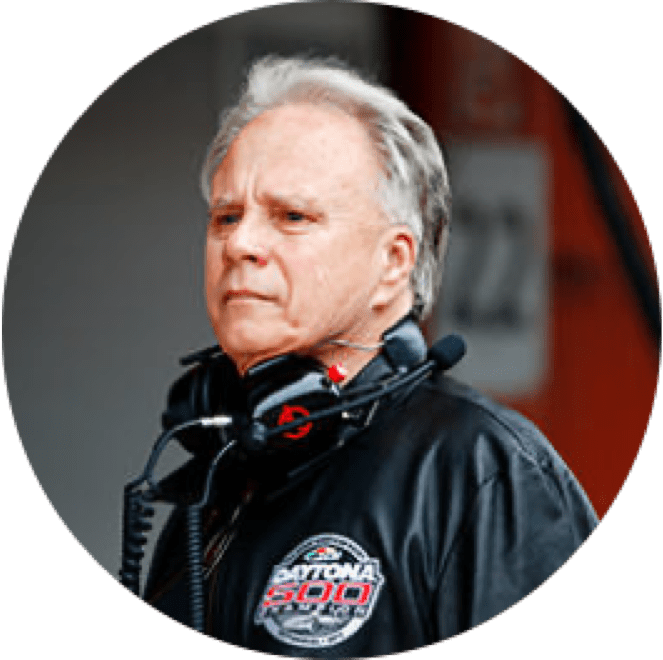 Find a challenge. Create a good, efficient and cost-effective solution. Repeat. For Gene Haas, co-owner of Stewart-Haas Racing (SHR), this has proven to be his formula for success in business, racing and philanthropy. In 1978, Haas founded Proturn Engineering, working side-by-side with his two employees, machining parts for the electronics and aerospace industries. He eventually evolved its success into Haas Automation, Inc. and after a series of inventions, including his first vertical machining center (VMC) in 1987, Haas Automation continued to expand – leading to its current 1-million-square-foot location in Oxnard, California.

Haas’ desire to innovate and tackle new challenges goes beyond his interest in machine tools. In 2007, Haas built Windshear, one of the most advanced automotive wind tunnels in the world. It opened to its first customer, a Formula One Team. The facility’s centerpiece is a rolling road, which allows a full-size car to be restrained in place directly on top of a massive, treadmill-like stainless steel belt rotating at speeds up to 180 mph.

In August 2011, SHR added a third team for INDYCAR star Danica Patrick and two years later made history at the Daytona 500 with her pole win, the first NASCAR Cup Series pole ever won by a woman. The SHR team grew again with the addition of Kurt Busch and Kevin Harvick, who wasted no time racking up back-to-back victories. Fast-forward to 2016, SHR announced that it would switch manufacturers to Ford beginning with the 2017 season. Its inaugural year with Ford started off with a bang, as Busch won the season-opening Daytona 500. 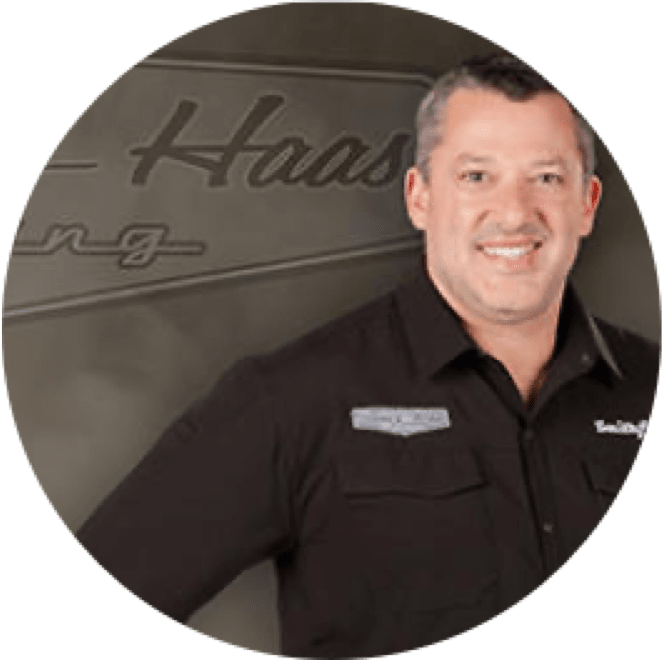 The Legendary Driver and Owner

Pick a racing series. Choose a style of racecar. Name a venue. Chances are, Tony Stewart has proven victorious – in and out of the driver’s seat.

Despite a legendary, professional driving career, Stewart can still remember the days of wheeling a go-kart in 1978 at a Westport, Indiana, racetrack. “When I started racing competitively when I was about 7 or 8, getting a trophy that was bigger than the other kids’ was all I cared about,” Stewart said. “I couldn’t have asked for more out of this life. I feel like I’m a very, very fortunate person.”

His early USAC success in 1995 led Stewart to earn a spot in the fledgling IndyCar Series, which sowed the seeds of Stewart’s NASCAR career. A schedule of 22 NASCAR Xfinity Series races with Joe Gibbs Racing in 1998 prepared Stewart for his assault on the Cup ranks in 1999.

Stewart’s achievements on the racetrack are so prolific that there are simply too many to list. From racing “Double Duty” in both the Indianapolis 500 and the Coca-Cola 600 on the same day to his most widely-known titles in the NASCAR Cup Series (2002, 2005, and 2011), Stewart found success around every turn. After a 20-year professional driving career, Stewart retired from his NASCAR driving duties following the 2016 season to focus on his co-ownership of Stewart-Haas Racing.

Often overlooked in Stewart’s transition to a driver/owner in the elite NASCAR Cup Series was his long, successful history as a team owner in other racing series. From a massive facility in Kannapolis, North Carolina, over 300 employees work on behalf of Kevin Harvick’s No. 4 Ford Mustang, Aric Almirola’s No. 10 Ford Mustang, Chase Briscoe’s No. 14 Ford Mustang and Cole Custer’s No. 41 Ford Mustang in the NASCAR Cup Series, as well as Riley Herbst’s No. 98 Ford Mustang in the NASCAR Xfinity Series. Stewart has also proven adept at providing cars and equipment for racing’s dirt-track elite, where he created

In 2020, to celebrate his accomplishments in NASCAR both as a driver and team owner, Stewart was inducted into the NASCAR Hall of Fame, joining other legends of the sport with that honor.